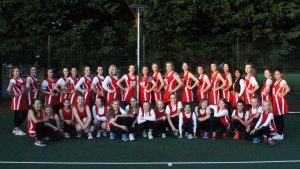 We have a thriving junior section who compete in the Junior Oxfordshire League, in five different teams. Two teams of under 16’s, one U14’s, one U12’s team and an under 11’s.

We also have two High 5 teams. High 5 is the entry game of netball designed specifically for under 11’s, and uses fun and variety to get them into netball, polish skills and aid fitness. DNC accept girls from school year 5 and upwards.

The Oxfordshire junior league only has a winter season (September to April), with all matches played on Sundays. The season concludes with a tournament in May. 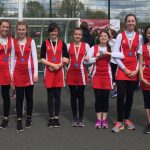 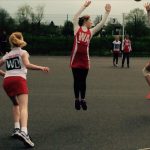 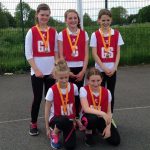 CAPS is aligned to the Sport England Clubmark (the accreditation scheme for clubs with junior sections). It ensures that accredited clubs operate to a set of consistent, accepted and adopted minimum operating standards.

We have two designated Club Safeguarding Officers who are the first point of contact for all safeguarding issues with the club (this includes the wellbeing, safeguarding and protection of all the young people in the club).

Didcot Netball Club holds an annual awards night. The year’s successes are celebrated and volunteers thanked for their support.

As a club, we also attend national and Superleague netball matches, which are great days out together.

Want to find out more about joining our juniors? Please email Juniors@DidcotNetballClub.co.uk