Some of the club’s seniors enjoyed a great night out at the Oxfordshire Netball Goalden Globes on Saturday night.

With some well known faces from the world of netball (Pamela Cookey, Gary Burgess & Jo Kelly), it was a night to celebrate the 65th year of netball in Oxfordshire and to publicly thank the volunteers within all the clubs, who put so much of their time and effort in keeping netball going in the county. 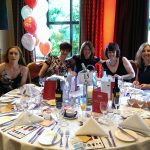 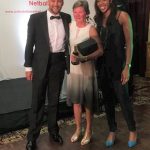 The funds raised from the evening’s raffle all went to Cancer Research.

Congratulations to all the winners!

Here’s to another year of great netball in Oxfordshire!